A Family in War

A Family in War, Holocaust and Palestinian Nakba through a Century of Letters

Four generations of one family, experiencing two wars, a genocide and ethnic cleansing, all recorded in a hundred years of letters and messages.  A genocide history told in the here-and-now, dramatising the words and experiences of the people who lived it.

But do we know any better? History seeks meaning, but the past is a mess. History offers convenient beginnings and endings, but these are tricks of storytelling. The judgments that history makes about the past may reveal more about the needs of the present.

To make sense of the past, we return to those voices as they lived it, and listen carefully to what they say, felt, hoped and feared. A Family in War dramatises a century of turmoil through the words of people as they lived it. For tickets, click the headline.

The story attested by these papers proved too challenging to narrate on 27 January, but it will be revealed in Aberystwyth on 20 April – well sadly no.

Performance was originally scheduled for 27 January, but pulled following the intervention of the Holocaust Memorial Day Trust. It was then rescheduled for 20 April, but now on 17 March, postponed indefinitely by the global pandemic, following the National Library of Wales ‘indefinite’ closure.

The National Library will restage A Family in War in the future that we all now hope for.

For the story of the HMD Trust’s evidence-free claims about the event which caused its suppression in January, see the Western Mail of March 2 2020.

Meanwhile, there are also moves to stage A Family in War online in future – check here for news. 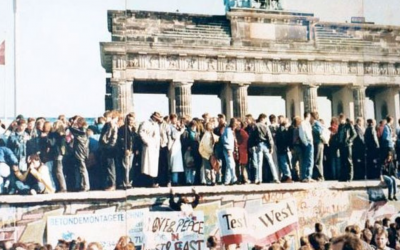 'Talk about what you know' As a journalist and broadcaster with ITV and BBC, I was ready to cover any story at any place and time. But I was not quite so ready for this story, a very personal account of how my mother became a refugee, a story which eventually turned...