‘Talk about what you know’

As a journalist and broadcaster with ITV and BBC, I was ready to cover any story at any place and time. But I was not quite so ready for this story, a very personal account of how my mother became a refugee, a story which eventually turned me into a historian of genocide.

The Hundred Year House was produced by BBC Wales, and broadcast on Radio 4 and BBC World Service in 1999. The programme follows my visit to my mother’s childhood home in the German city of Leipzig, and then further east to Ukraine, where German SS and Ukrainian militia killed her family in 1941-2.

In the west, we had long known about the Nazis, Belsen, Auschwitz. But until the 1990s, our knowledge of what really happened in the occupied Soviet Union was fragmentary, deliberately suppressed by Stalin and his successors. The fall of the Berlin Wall in 1989, and then the collapse of the Soviet Union finally made it possible to explore and narrate the perpetration of the holocaust a half-century earlier in the east of Europe.

With communism defeated, the West’s complacency was challenged in 1994 as genocide erupted in Rwanda, and the world failed to intervene. It was one of the most intensive killing campaigns in human history.

Europe was not immune: in 1995 came the genocide of 8,000 Bosnian Muslims at Srebrenica, the worst crime on European soil since the Second World War. Genocide was not simply a shadow from the past. It was in the news every week. 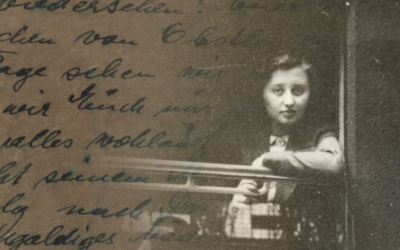 A Family in War