Christians and Israel tells a strong story and has received an equally strong welcome (find the article here).

Of many comments, here are four from contrasting backgrounds, informed by Christianity, Judaism and Marxism, starting with the Lebanese lawyer who took Ariel Sharon to court in 2001

We had the so-called secret Appendix and used it in the Belgium [trial of Sharon]’ … the interview with ‘Paul’ is touching and confirms many other similar testimonies.

Here’s the remarkable background to these comments: In Belgium in 2001, representing 23 survivors of Sabra & Chatila, Chibli Mallat took Israeli PM Sharon, Lebanese warlord Elie Hobeika and others to court for genocide and crimes against humanity.

Legal victory came on 12 February 2003, as Belgium’s Supreme Court ruled that the case could proceed under a Belgian law which permitted universal jurisdiction in the case of genocide, crimes against humanity and war crimes.

Israel immediately withdrew its ambassador from Belgium, and Benjamin Netanyahu, then Israel’s foreign minister, told the Belgian ambassador that the court action was equivalent to a ‘blood libel’ against the Jewish people. Chibli Mallat observed: “The case probably created the most significant rift between Israel and Europe since the establishment of the state in 1948”.

US Secretary of Defence Donald Rumsfeld and Secretary of State Colin Powell warned that unless Belgium’s universal jurisdiction law was struck down, all US government business including NATO meetings would be moved out of Belgium.

Belgium complied, and on 24 September 2003, the Supreme Court stopped all cases concerning Sabra and Chatila. It was 21 years since the UN General Assembly had resolved that the massacre was an act of genocide.

Chibli Mallat wrote of the victims he represented, “the bottom line is simple: they have not been compensated in any way, and those responsible for the massacres, Lebanese and Israeli, have not been tried for the crime … The moral and legal victory remained – the highest court in a Western country had ordered the trial of [those] implicated”.

You’ve produced a perfect Challah [braided loaf for the Jewish Sabbath] – one strand political, another historical and a third, the powerful, personal story of a family bearing witness to world events.  I think the balance you’ve achieved is perfect.

A vastly impressive piece of yours… controlled, disciplined passion. The way you meld the personal and political is brilliantly well navigated. … There was one factual bit of yours I’d contest, though I can see why the symmetry between British Christian Zionism and your wider theme mattered. The Balfour Declaration, had almost nothing to do with Christian millenarianism. It’s a well-trod red herring! See my article – The Balfour Declaration: A Case of Mistaken Identity

That aside, Mike, yours is very powerful indeed. And the detail on the back story to Sabra-Shatilla very important. I need to look up the Kahan report material for my own current work on genocide and the cold war! It was the time [1982] when me and my and siblings’ enthusiasm for Israel, already shaky, completely collapsed, actually galvanised by the siege of Beirut prior to the massacres. Led to some horrible arguments with our parents…

You write about all this with an astringent immediacy, Mike, and in the best Jewish tradition, ‘truth to power’.

Ardderchog, Mike. Llongyfarchiadau ar erthygl sylweddol a phwysig. The current lack of understanding of history is deeply troubling. It is particularly so among fundamentalist Christians – the absolutists who refuse to recognise a century of biblical and archaeological research that has opened up Old and New Testament thinking. It is poisoning the whole of Western political discourse.

It astounds me that evangelical Christians fail to understand the challenge of the great Old Testament parables of Ruth and Job and the good Samaritan in the New Testament. And what they make of the Golden Rule of all religions is a mystery of our times. Da iawn ti am roi’r cyfan mas yna. 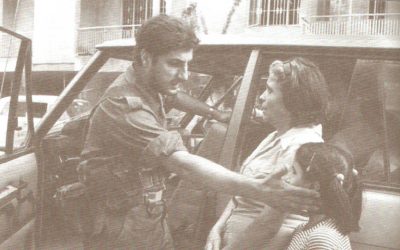 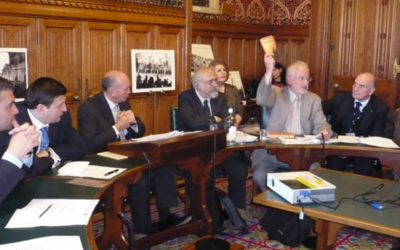 Today the UK government is one of several that deny that Armenians suffered genocide in 1915. Yet remarkably, the UK government acknowledged and denounced the Armenian Genocide as early as 1915. In parliament This was how Foreign Office Minister Lord Robert Cecil...